Virginia Eubanks, author of Automating Inequality: How High-Tech Tools Profile, Police and Punish the Poor, was the keynote speaker for Support KC’s 2018 Excellence in Nonprofit Leadership Awards this summer.  As an Associate Professor of Political Science at the University of Albany, SUNY, Eubanks writes at the intersections of technology and social justice and has emerged as a thought leader in the economic justice conversation.

Eubanks’ message decoded the history of poverty in the United States and how, left unchecked, big data can further marginalize the most vulnerable populations.

“If we’re going to have a just future, we need to build it on purpose – brick-by-brick and bit-by-bit,” said Eubanks to an audience of area nonprofit leaders and community members.

In her book Automating Inequality, Eubanks proposes that, while the emerging data-driven technologies have enormous potential to reduce barriers across social services and in the nonprofit sector, we are actually building a system of injustice she calls the “digital poorhouse.”

“You’re going to send me to the poorhouse!”

Have you heard this phrase or similar ones? Eubanks opened her presentation with startling research on the United States’ history and criminalization of poverty and explored the institutionalization of county poorhouses and work farms throughout the country.  Many who requested public assistance were required to enter into these institutions, where their lives would change forever.  By entering the poorhouse, participants often gave up the right to vote, hold public office, to marry, or even raise children.

Eubanks localized the conversation by sharing Kansas City’s own history of poverty.  By the mid-1800’s Kansas had 72 poorhouses and Missouri had built over 90.  Kansas City had two of these institutions: the castle-like Kansas City Workhouse on Vine Street and the Wyandotte Country Poor Farm, which operated until 1973 and was located at the present-day site of Schlitterbahn Waterpark.

As the history of work farms and poorhouses drift further into our collective past, Eubanks said the cultural biases formed around poverty during the poorhouse era still persist.  These biases are baked into our decision-making and can influence the technologies we build around public services.

In our digital age, Eubanks said we have begun to construct a “digital poorhouse” built upon statistical models, decision-making algorithms, automated eligibility. While these technologies are not inherently bad, Eubanks argues that they have the potential to carry and hide the implicit biases we hold about poverty and can act as “empathy overrides.”  In her book, she tells the stories of people caught in these automated systems who are flagged, stigmatized and monitored based on their poverty.

“These needed changes are much deeper than tinkering with the technology. The first thing we have to do is change the story we tell about poverty,” said Eubanks.

One of the implicit biases we carry is that poverty is the fault of the impoverished.  As Eubanks continued to trace the history of poverty through the 1820s, she shared how public service programs became like moral thermometers, determining who was “poor enough” and deserving of help.  The goal of moral thermometers was to prevent seemingly undeserving people from becoming dependent on social benefits.

Eubanks shared that 51% of Americans will be below the poverty line at some point in their lives. Further, over of two-thirds of these people will access welfare during their lifetime.  This data reframed the conversation on poverty and public assistance as a majority issue, not just a problem for an unfortunate few.  Eubanks urged us to shift our mindset from creating moral thermometers toward building universal floors of protection under us all.

The other major bias Eubanks explored was scarcity — that there are not enough resources for everyone.  Eubanks said a scarcity mindset is one of the most dangerous elements of the digital poorhouse because it makes us think small and imposes arbitrary limits on what resources are available.  She encouraged the audience that in this current cultural moment we must think bigger than ever.  We must expand what we think is possible in how we serve the most vulnerable populations.

Before the Awards ceremony, Eubanks spent the day sharing her research and thought leadership with the community, including a great lunch discussion with representatives from Project Uplift, an all-volunteer organization with no paid staff that serves meals three times a week to 400 unhoused people.

“We will only have abundance if we all share,” said Eubanks. “And it is the work of leaders to help engineer that abundance.”

Chris Hernandez, City Communications Director of Kansas City, moderated a discussion with the audience.  Hernandez, who has a worked both locally and nationally on digital inclusion initiatives, engaged the audience and further contextualized the conversation into Kansas City’s nonprofit community.

Eubanks said that public digital inclusion is empowering when it gives people more choices in how they engage technology.  She added that these choices should also come with the ability and transparency to know when you are being included in data-systems that may further disadvantage you.

“One of the challenges is that we tend to only think about injustice in terms of exclusion, and we have more trouble thinking about injustice that happens when you are included in a system that exploits you,” said Eubanks. “Good intentions can still produce bad outcomes. What if the problem is not broken technology but a system that works too well?”

To learn more about Virginia Eubanks and her work, you can visit her website here. 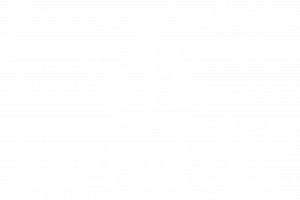